Moody Gardens Hotel Spa & Convention Center was the setting for the 2016 TSCPA Annual Meeting.  The meeting marked the end of the TSCPA 100th Anniversary year and the beginning of the next century of success for the CPA profession in Texas. 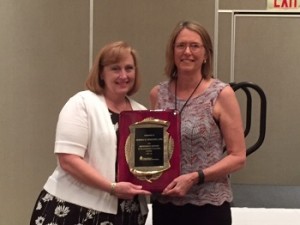 Donna Wesling received the Meritorious Service to the Profession award from new TSCPA Chair, Kathy Kapka. This is the highest honor given by TSCPA and recognizes a CPA who has made significant contributions to the profession.

Jesse Dominguez, TSCPA Executive Board member, sports his TSCPA apron. He’s ready to get to work on a new TSCPA year! 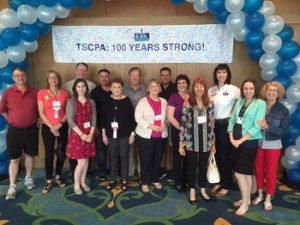